You are here:
Multigun 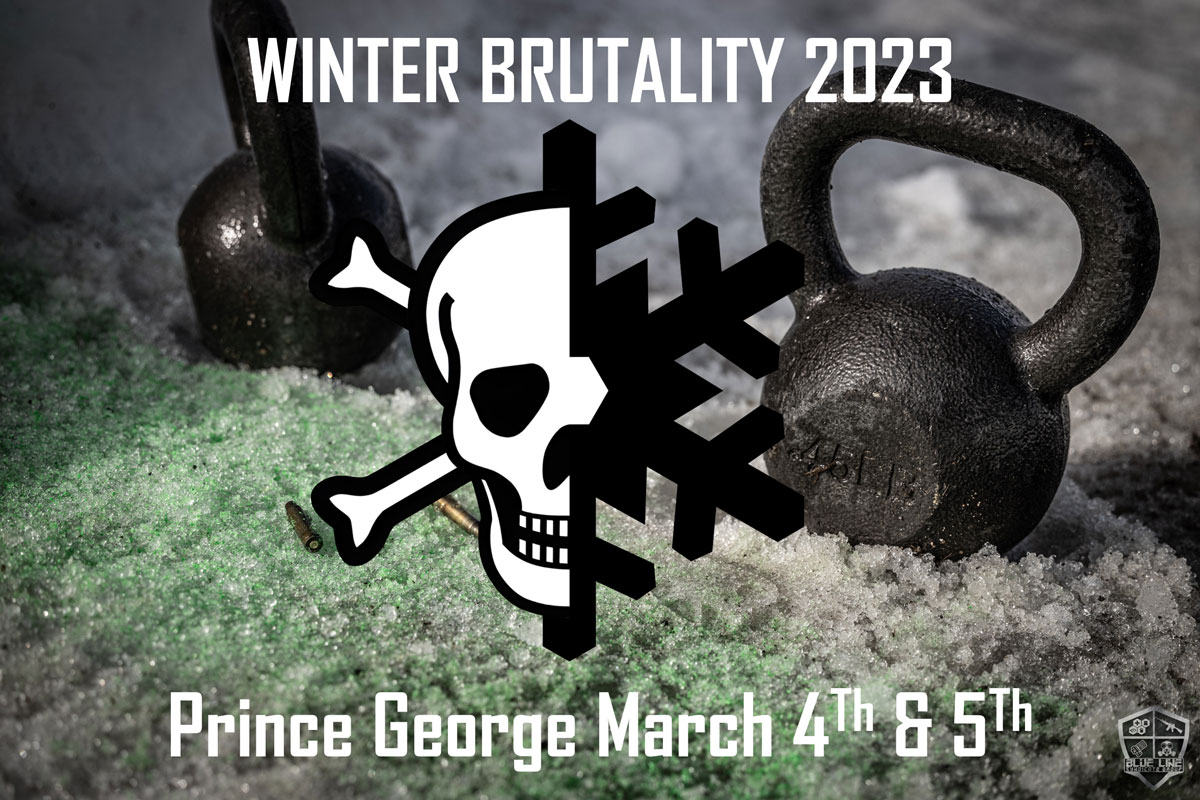 Winter Brutality 2023 is a Brutality Shooting Competition like no other. Not only will you compete against all other attendees as an individual but also working together as a squad on some occasions in unscored activities.

The event will be conducted on March 4th & 5th, with the same stages being run each day, competitors only need attend on one day.

A night shoot will take place the evening of March 4th after sunset and is included in all competitors entry fee. Non-competitors may pay a fee of $20 to take part. In addition outside of use for stages there will be a 1400m range open for use by all for a $20 fee.

This shoot will involve challenging physical activity in uncertain weather conditions (It may be cold, raining, snowing or all 3). This can include the movement of heavy objects, moving through undulating terrain at speed and more. Nice big log fires will be present.

Round count (Suggested quantity to bring to the match, not a minimum round count)
Rifle: TBC 300
Pistol: TBC 200

A minimum magazine/stripper clip capacity of 50 rounds for rifle is required. A suggested 40 round magazine/clip capacity for pistols.

Card payments only for registration and firearm rentals, no exceptions.

Scoring will be based on time so speed and accuracy is of the essence.

Holsters, will not be required, Serpa holsters are banned.

Dump stations, will be used.

No restrictions on gear, weapons or equipment as long as all of it is retained throughout the entire match. Gear needs to be carried/worn on stage, those can be removed when the shooter is not on the stage. All the mandatory gear needs to be carried/worn while on stage. It is forbidden to drop mandatory gear while on stage in order to lighten carried gear (Note: While doing quick magazine change it is ok to drop the magazines).

Equipment required during the stages for Armoured shooters. Shooter needs to carry these when the stage starts (In the stage briefing it can be instructed that some combat division mandatory gear is not needed on that stage):

Note: A gear inspection will take place prior to any shooting to ensure that all those who attend have the appropriate PPE and equipment appropriate to the competition (to avoid any “fumbles”).